Professionals’ disability claims are often unfairly targeted for denial, due to the high-dollar liability they create for disability insurance companies. Derek works closely with Ed Comitz, and together they have developed a unique, results oriented approach to combat insurers’ bad faith tactics and secure and protect our professional clients’ rightful benefits.

Derek’s practice is solely dedicated to professionals’ “own occupation” claims and he has handled claims with all of the major carriers in this niche industry. He represents professionals who are already in coverage disputes with their insurers or who are filing new claims and want to avoid the common mistakes professionals make when filing disability claims.

Derek also spends a significant amount of time tracking the disability insurance industry and educating professionals about new developments. He regularly reviews policies when evaluating potential claims and speaks with professionals who have had their claims denied. Through his experiences dealing with contested and litigated claims, he is aware of the current tactics companies are using to wrongfully terminate claims, and the warning signs that signal if a claim is being targeted for denial.

As a result, Derek is able to recognize industry trends and identify how companies have changed their policies over time to add limitations and set traps for unwary policyholders that make it more difficult to collect.

Derek has an aptitude for conveying complex ideas in a straightforward and effective manner, both as an oral advocate and as a writer. He was recognized as a Top Valley Lawyer for 2017 by North Valley Magazine, and has authored articles for national publications such as Dentist’s Money Digest and MD Magazine.

While attending law school, Derek was a Willard H. Pedrick Scholar and served as Articles Editor of the Arizona State Law Journal, where he published his Comment, Checking the Balances: An Examination of Separation of Powers Issues Raised by the Windsor Case. During law school, he also participated on his law school’s Vis International Commercial Arbitration Moot Court Team as a lead Brief Editor, and his team’s brief was awarded an Honorable Mention for Best Memorandum at the international 11th Willem C. Vis (East) Moot Competition.

Derek grew up in Logan, Utah, attended law school in Phoenix, Arizona, and now lives in Gilbert with his wife and two daughters.

Derek enjoys golf, basketball, watching sports and spending time with his family in his spare time.

set up a consultation Return to Top of Page 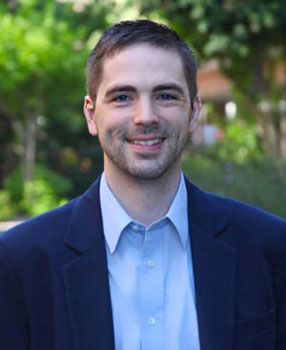